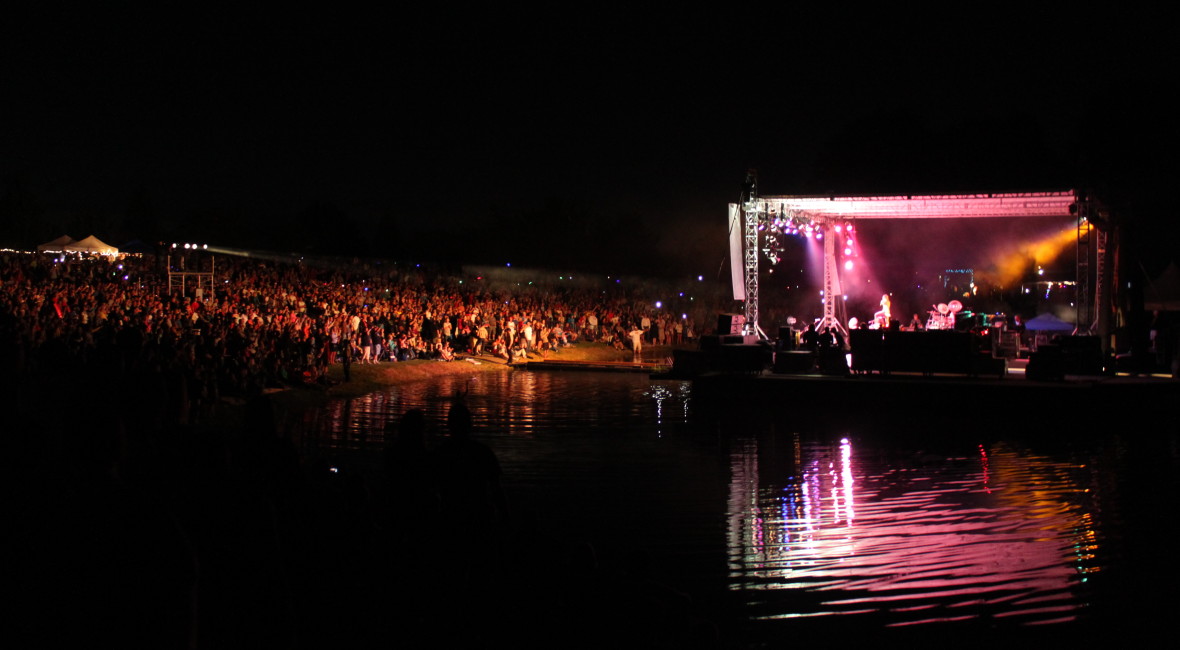 ALBANY, ORE. – The Northwest Art and Air Festival — it’s an event known throughout the Northwest, and this year is noexception. Over 50,000 people were expected to attend the 13th annual three-day event, according to Lynne Jamison of Albany Parks and Recreation. Throughout the three days, there were vendor booths with many different forms of arts comprising of jewelry, license plate birdhouses, stained glass, photographs, paintings, and much more. Additionally, there were vendors from many local businesses and restaurants showing off and selling their products. While these booths were in the center of all of the excitement, this wasn’t what most people came for; they came for the entertainment.

The festivities started at an early 6:45 a.m. on Friday, Aug. 24, 2012, but not much happened. As in previous years, a hot air balloon launch was scheduled to start things off, but that was cancelled after it was determined that winds were too strong to safely fly. According to Meteorologist Dave Sweeney, if there are gusts greater than eight miles per hour it is unsafe for balloons to fly, as it could burn a hole in the envelope and cause serious injury or damage.

With Friday’s balloon launch scrubbed, the crowds of people left with disappointment on their faces, hoping for better conditions on Saturday and a spectacular show on Friday night’s Night Glow demonstration.

A spectacular show is exactly what they got.

Thousands of people gathered Friday night for the well-known Night Glow, which took place after A cappella group The Coats wowed the audience on the Festival Stage. There were six balloons lighting up the night sky, but nearly all of them had difficulties with winds that were still a bit strong, causing several balloons to nearly topple over. After balloon crews regained control of their balloons, the crowd enjoyed several different displays including “popcorn” and the wave.

The following morning, weather conditions had improved tenfold. All 32 balloons were able to launch at sunup as planned. Hundreds of onlookers photographed and were amazed by the brightly colored envelopes as air slowly filled and eventually lifted them into the brisk morning skies. While more and more balloons took to the skies, the line for tethered rides on the Party Panda balloon grew longer by the minute. Costing them $10 per adult, and five dollars per child, numerous people waited hours for their five-minute ride in the hand-woven basket.

With the vibrant balloons vanishing into the distance, spectators turned to the field just north of the launch site for the car show, which showcased many amazing vehicles including numerous Corvettes, Mustangs, Studebakers, and even a DeLorean. All the while, The Fabulous Farelanes performed nearby on the Festival Stage with upbeat music.

At the same time, hundreds of concertgoers lined up at the gates on both sides of the amphitheater in hopes of getting a good spot on the hill. Also in this queue was Albany Mayor Sharon Konopa. Several people asked her why she bothered waiting in line, as she was the mayor and she surely could get in. She laughed and replied with, “I want a good seat too, so I’ll wait in line.”

Due to the magnitude of last year’s Joan Jett concert, Albany Fire Department Deputy Fire Marshal Bob Brooks said that there needed to be a limit on the number of people allowed in the amphitheater, which was fenced for the first time this year.

The gates opened at 10 a.m. on the dot and the throngs of people quickly flooded the hillside with their placeholders in tow. Less than 30 minutes later, over three quarters of the grass was covered with tarps, blankets, and chairs belonging to the patient people who were excited to see Styx, the main event of the Art and Air Festival.

Nearly 19,000 people ended up entering the gates before the venue was at full capacity. The unfortunate people who didn’t make it in time were turned away at the gates by security, but could still hear the music from outside the fence.

While motorheads were gawking at the stunning vehicles and Styx fans marked their territory on the hill, free airplane rides were offered for children, as well as helicopter and plane rides for riders of all ages. For $20, you could have yourself a 10-minute ride in the airplane, or a 7-minute ride in the helicopter. In addition to these options, there was the opportunity to take a $65 ride in a biplane with a pilot dressed in attire that matched the plane.

For those who didn’t desire being airborne, there were many aircraft on the ground to observe. Some were old and faded, some were new and shiny, and some were a mix of both. There were exhibits of military planes, a FedEx plane, and even experimental ones. During all of this, the runway seemed to have a continuous line of planes waiting to take off or land.

Back in the amphitheater, the hillside was nearly full when people started trying to break the rules. A local transient had snuck in a bottle of vodka in and was already a bit intoxicated. This mixture lead to him getting belligerent with those around him, and eventually his arrest by three Albany police officers. As the afternoon wore on, more and more people made their way into the fenced field, and security tightened.

Around 7 p.m., the gates around the Oregon Amphitheater were closed; the area had reached capacity. While there were many disappointed people trying to talk their way inside, the security, fire marshals, and police stood their ground and refused entry. The mood of those inside the linked barriers was definitely ecstatic as people shared stories of how they had previously seen Styx in concert and loved it. An immeasurable amount of people had their Styx shirts on, some just purchased, others from years gone by.

The moment that everyone had been waiting for had finally come; it was 8 p.m. and Styx was walking out onto the stage. The crowd roared, everyone stood, and the emotions were intense. Countless people held up their cell phones and video cameras as the group rocked out, performing some of its greatest hits. Song after song, the masses cheered as they recognized another one of their favorites. Towards the end of the evening, confetti shot out into the field of faces as Styx wrapped up an amazing show, thanking everyone who had come to watch. They tossed a few t-shirts and the drumstyx into the audience and took a bow before exiting the stage, all in front of a standing ovation.

With the concert now over, people started packing up their belongings, but quickly stopped when the fireworks show sponsored by Fisher Funeral Home started. The loud booms and bright lights awed the spectators, and left some people with a dropped jaw.

Day two of the Art and Air Festival was now over. The only things left were the countless pieces of trash on the hillside and traffic problems from those attempting to get home and share their stories from the evening.

Sunday morning, things were much quieter as things started wrapping up.

The balloons lifted off once again, again with a large group of spectators to see them off. There were a few more concerts on the festival stage, and the flights at the airport continued. Many people discussed their pleasure with the outstanding events from previous days, and said that they couldn’t wait until the next one. Vendors started packing up, and the crowds died down, but only until the 14th Annual Art and Air Festival. 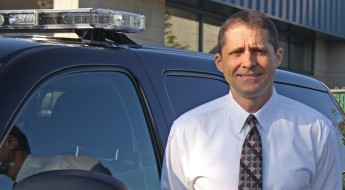 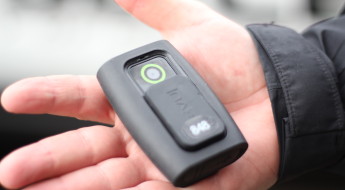 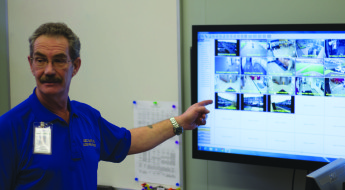